The drought currently punishing the Netherlands and other regions of Europe is damaging crops. Many pastures and meadows stopped growing some weeks ago and are turning from green into yellow and brown. As a result, dairy farmers are already having to eat into their forage supplies for the coming winter.

What steps can you take to protect your pastures from the ravages of drought?

Mowing during periods of drought can seriously damage your grass. If there is less than 20 centimetres of grass (2000 kg per ha), it is best to delay mowing. After mowing, grass plants use their reserves to create new blades of grass. However, in periods of drought, the grass plant needs these reserves simply to survive. In addition, traffic on the pasture will severely burden the sward and leave tracks that are visible for a long time. If you do decide to mow, do not cut the grass shorter than 7 centimetres.

Allowing cattle occasional access to the pasture during periods of drought will aid its recovery. If your herd is allowed to graze during the evening this will benefit the grass. Keep a close eye on the bodily condition of cattle that is exclusively grazed (young stock). Due to the poor supplies of grass they can quickly start to lose weight.

Grass can survive periods of drought. You can easily check if your grass has survived. Dig out a section of sward measuring 20 x 20 cm and place it in a water-filled container for 10 minutes. If white underground roots, or green points in the grass, appear within a few days, you can be sure the pasture will recover after the drought.  If not, your pasture will probably fail to recover. The only option left to guarantee supplies of forage is to renew your pasture.

Watch out for rough stalk bluegrass 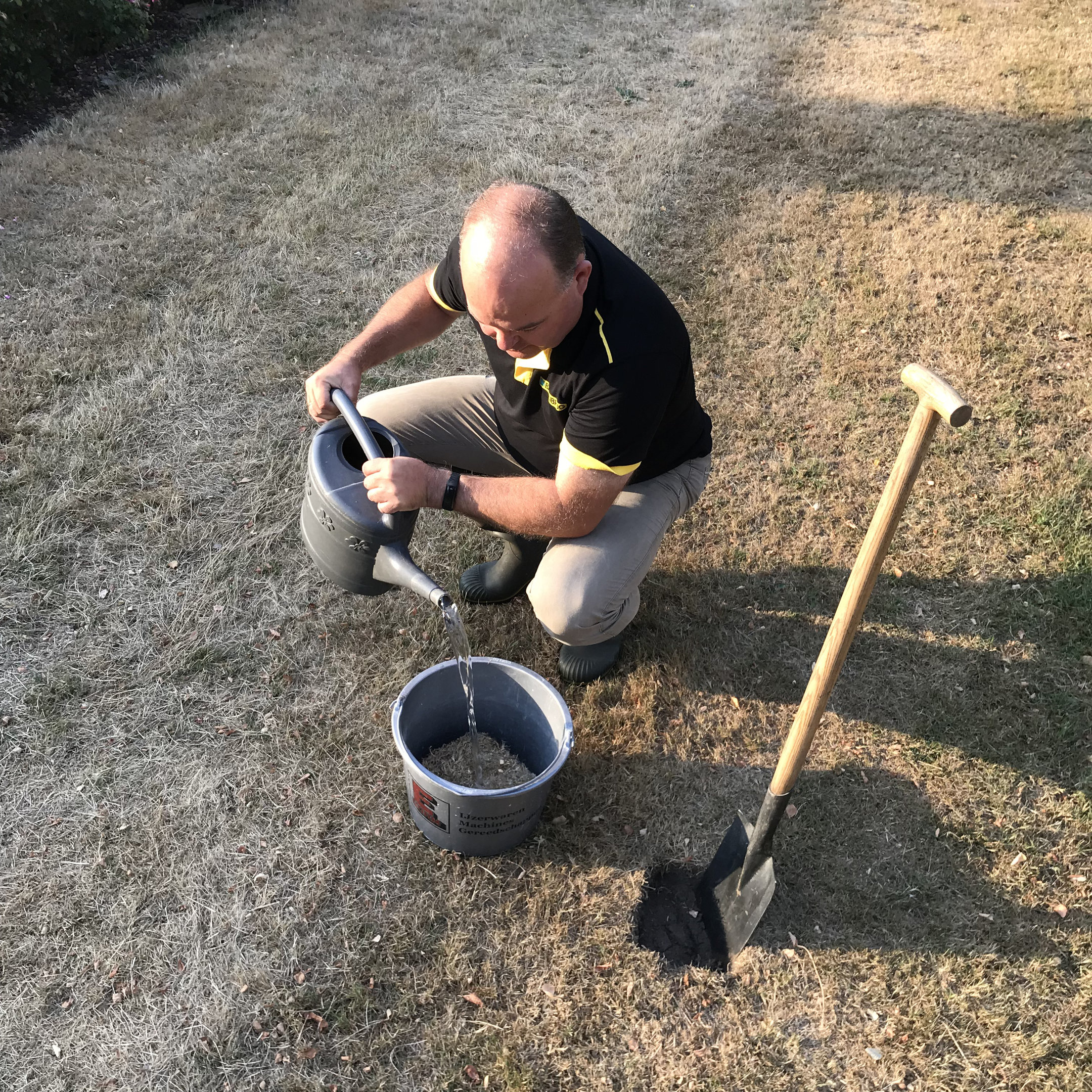 If you can no longer save your pasture, then reseeding with new grass is the only resort. For the best results, it is vital to eliminate all couch grasses and weeds first. After ten days, you can till the soil and reseed the field.

During periods of drought there are visible differences between the various species of grass. Poor grasses, such as rough stalk bluegrass, are the first to suffer. Perennial ryegrass has longer roots, but we are noticing that this grass species is also having a hard time at many places in the Netherlands. Of all the grasses, soft-leaf tall fescue offers the best resistance to drought. It has roots that penetrate the soil up to a depth of one metre and produces good quality forage despite the dry weather.

Watch out for nitrate poisoning

Mineralisation and unused fertilisers lead to high nitrogen levels in the soil during summer months. This can result in grass with a (too) high protein content or too much nitrate. Do not feed your cattle too much of this grass. Supplementing their ration with fodder maize or other feed is the best option. In the extremely dry summer of 1976, nitrate poisoning caused a high death rate among cattle. One of the symptoms of nitrate poisoning is a brown vulva (just below the tail).

Duet - Red/white clover blend
back Share this page on: