Barenbrug specialises in finding solutions for grass users. An example of such a solution is SOS, which was introduced a few years ago: a grass seed mixture that can be seeded at extremely low soil temperatures, enabling sports clubs to keep their pitches in good condition throughout the year. Specially for horse owners Barenbrug has developed Horse Master, a seed mixture of grass that is healthy for horses and has a high wear tolerance. The introduction of this grass was preceded by many years of research and trials.

Developing a new grass variety takes some doing. Barenbrug has an intensive research & development programme for analysing the characteristics of varieties and doing research to find optimum seed mixtures for the most diverse conditions.

The breeding programme begins with creating genetic variation. Every year, Barenbrug’s researchers evaluate various characteristics of many thousands of plants, such as winter hardiness, disease resistance, susceptibility to drought, etc. In special controlled-climate chambers certain diseases are simulated to test the plants’ resistance to them. Seed is then harvested on a small scale from the plants that survive the severe tests.

That seed is used for extensive trials in Barenbrug’s trial fields. The trials last three years and are carried out on an ever larger scale. If a variety appears to be suitable for practical use at the end of that trial cycle it is reported for official testing by the authorities responsible for the national lists of varieties throughout Europe. Those authorities then investigate the variety for another three years, after which they compare it with the varieties of the existing range to determine whether or not it will be included in the official list of varieties. By that time fifteen years have passed since the first cross-breeding.

All the grass varieties contained in Horse Master are included in a list of varieties. This gives Horse Master users a quality guarantee. The varieties have all been individually evaluated to assess their specific characteristics with respect to use by horses. They provide the energy and effective fibre that horses need. Horse Master grass also has a low growing point, i.e. the point from which the grass plant regrows after it has been grazed or mown, and it is deep-rooted to ensure a strong horse pasture.

Innovative
Most grass seed mixtures are traditionally intended for use by cattle. However, cows’ requirements with respect to grass are quite different from those of horses. Grass intended for cows contains a lot of energy and sugars. That’s unhealthy for horses, which require roughage with a high effective fibre content. Horse Master is an innovative grass seed mixture yielding roughage that is ideal for horses’ rations. The varieties contained in Horse Master are moreover extremely strong, making for a sward that is resistant to sprints around the pasture. 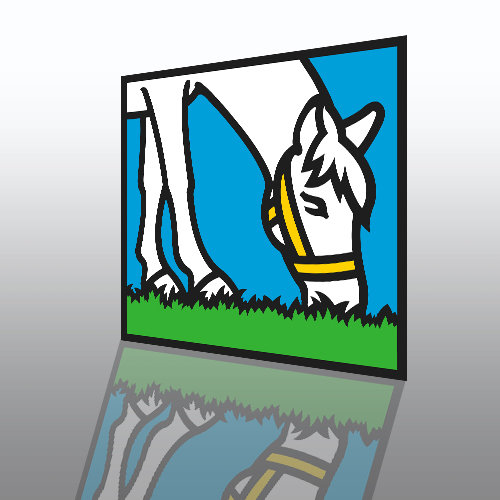