World Cup football with the grass seed of champions from Barenbrug

Barenbrug has been a player of note at World and European Cup football championships for years. For the up and coming 2018 World Cup in Russia it has supplied the grass seed for six football stadiums. Top seed from Barenbrug has also been used for the pitches at various training locations including for the Belgian, English, French and South Korean teams. Barenbrug has contributed to the turf in Samara and Ekaterinburg as well as supplying the grass seed mixtures for the stadium venues in Moscow, Kazan, Sochi and Saint Petersburg.

Grass seed from Barenbrug was chosen for numerous Russian stadiums as the company develops the most technologically advanced grass seed mixtures in the world that are capable of withstanding the extreme differences in the climate in Russia. These are mainly RPR (Regenerating Perennial Ryegrass) and SOS (Super Over Seeding) grass seed mixtures. RPR is probably the world's strongest grass. This perennial ryegrass is an unbeatable opponent at every match thanks to its horizontal stoloniferous growth habit. According to Cornelis van den Berg, general manager of Barenbrug in Russia, SOS is unique in the world: “SOS is so exceptional because this mixture continues to grow even at low temperatures where other grass seed would fail to perform. The pitch can be played on for longer.” 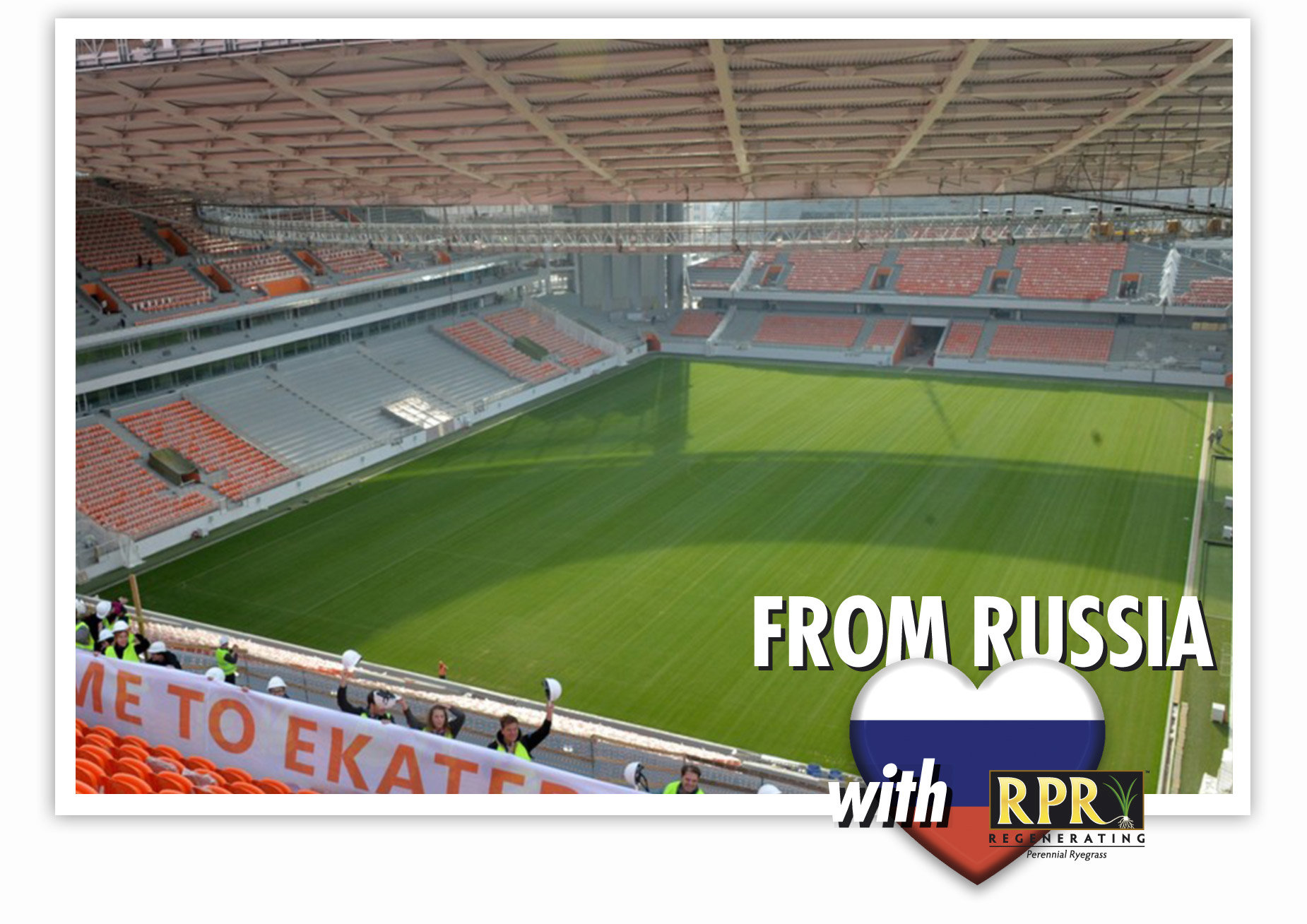 With the start of the championships imminent, we and Barenbrug are ready to ensure the perfect playing surface.

But there is more Barenbrug grass in Russia. Barenbrug has closely cooperated with turf grass supplier Queens Grass International for more than 50 years. The owner of Queens Grass is Dutchman Steven Rienks, who has lived and worked in Russia for 17 years. Rienks: “We are a specialised, expert company with 140 hectares of grass turf in Russia. We supplied the turf for the pitch in the Zenit Arena in Saint Petersburg, which will host a semi-final match on 10 July and the third place play-off on 14 July. Our distinctive value in the market is that we are the only company in Russia that grows the turf on sandy instead of clay soil. And of course, using the seed of champions from Barenbrug.” 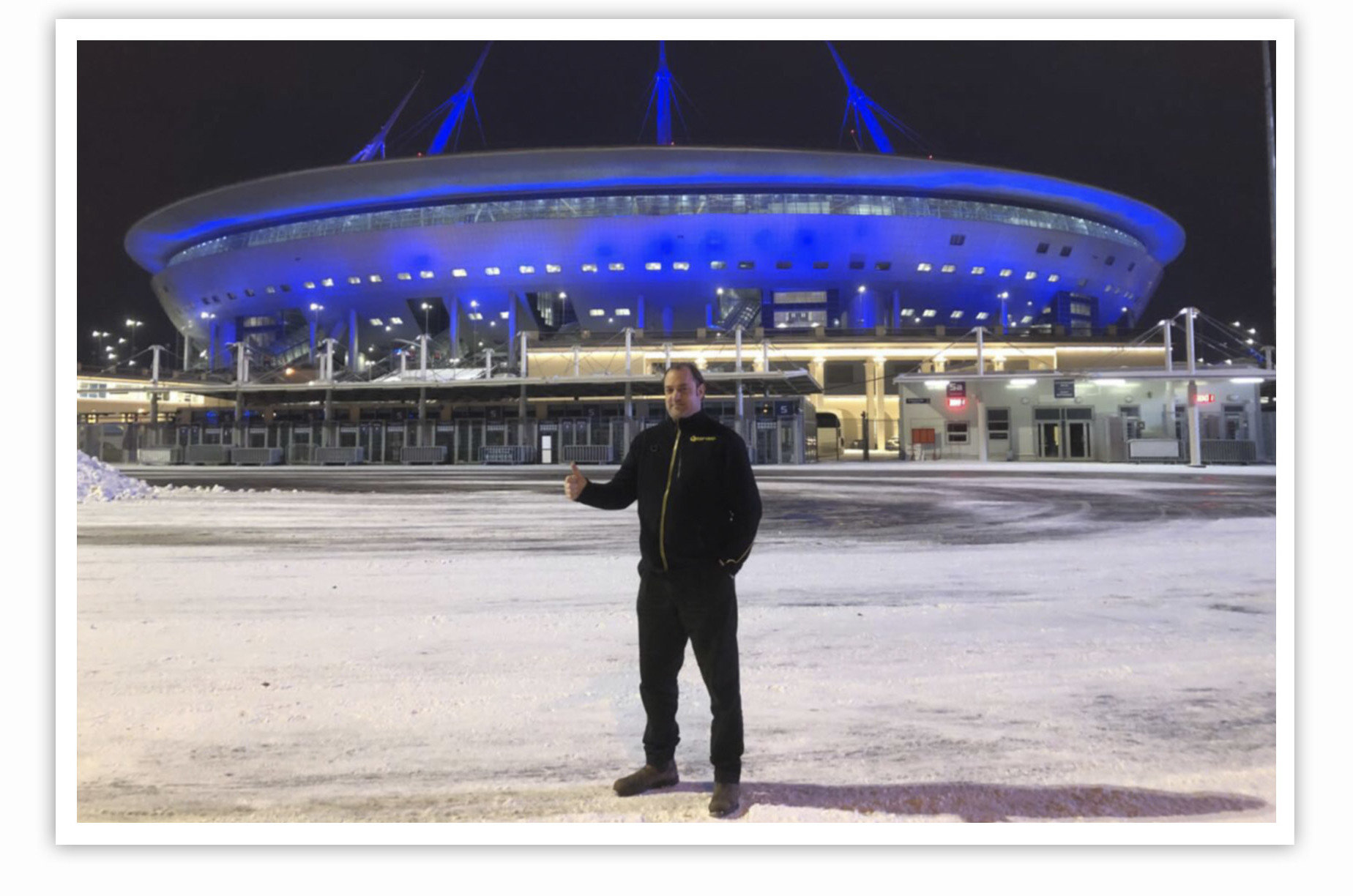 We are a specialised, expert company with 140 hectares of grass turf in Russia. We supplied the turf for the pitch in the Zenit Arena in Saint Petersburg

Barenbrug has a long, proven track record of knowledge and expertise in the world of sport, as confirmed by many references. A great example was the case of the pitches at the FIFA World Cup hosted by South Africa in 2010, when grass seed from Barenbrug was deployed as a last-minute strategy to restore the playing surface; and with success. In addition, the training pitches for the 2014 World Cup in Brazil were voted the best; RPR emphasised its immense value here.

During the European Cup football held in France in 2016, the condition of one pitch meant that urgent replacement was needed. Within 24 hours the old turf was removed and a new surface of top quality grass was laid. This replacement turf contained RPR technology. With its rapid establishment and high recovery capacity, this technology ensured a tough, resilient surface during the tournament. UEFA was extremely happy with the results.

During the Confederations Cup, considered to be a dress rehearsal for the main World Cup event, grass of the highest quality was vital to facilitate play of the highest standard. Innovative grass from Barenbrug was also the turf of choice during this tournament organised in Russia in 2017.

The World Cup in Russia signals another significant step: RPR is gradually conquering the world and sports field managers are increasingly discovering the benefits of this grass.

SOS germinates at amazing speed and at low temperatures - the ultimate way to rescue sports pitches.

Vind een dealer bij
u in de buurt
Waar te koop
back Share this page on: