Dichondra repens, a small leafed matting perennial native to the southeastern states, has received considerable attention in recent years as a lawn substitute in the South and on the West Coast in the U.S., in Greece, Italy and Spain. Sometimes called lawn leaf or pony foot, it spreads by under ground runners. The small kidney shaped leaves, about a half inch across, have a tendency to grow somewhat larger, with longer stems, in shade. In its massed effect, it has the appearance of clover, and the resulting thick sod is usually 1.5 - 2 inches high. It is surprisingly tolerant as far as various types of soil are concerned, and has proved to be successful in both the sun and shade. This plant stands light foot traffic. It suffers some frost damage at 20 degrees F. Once it is established it is a vigorous grower and readily self seeds. 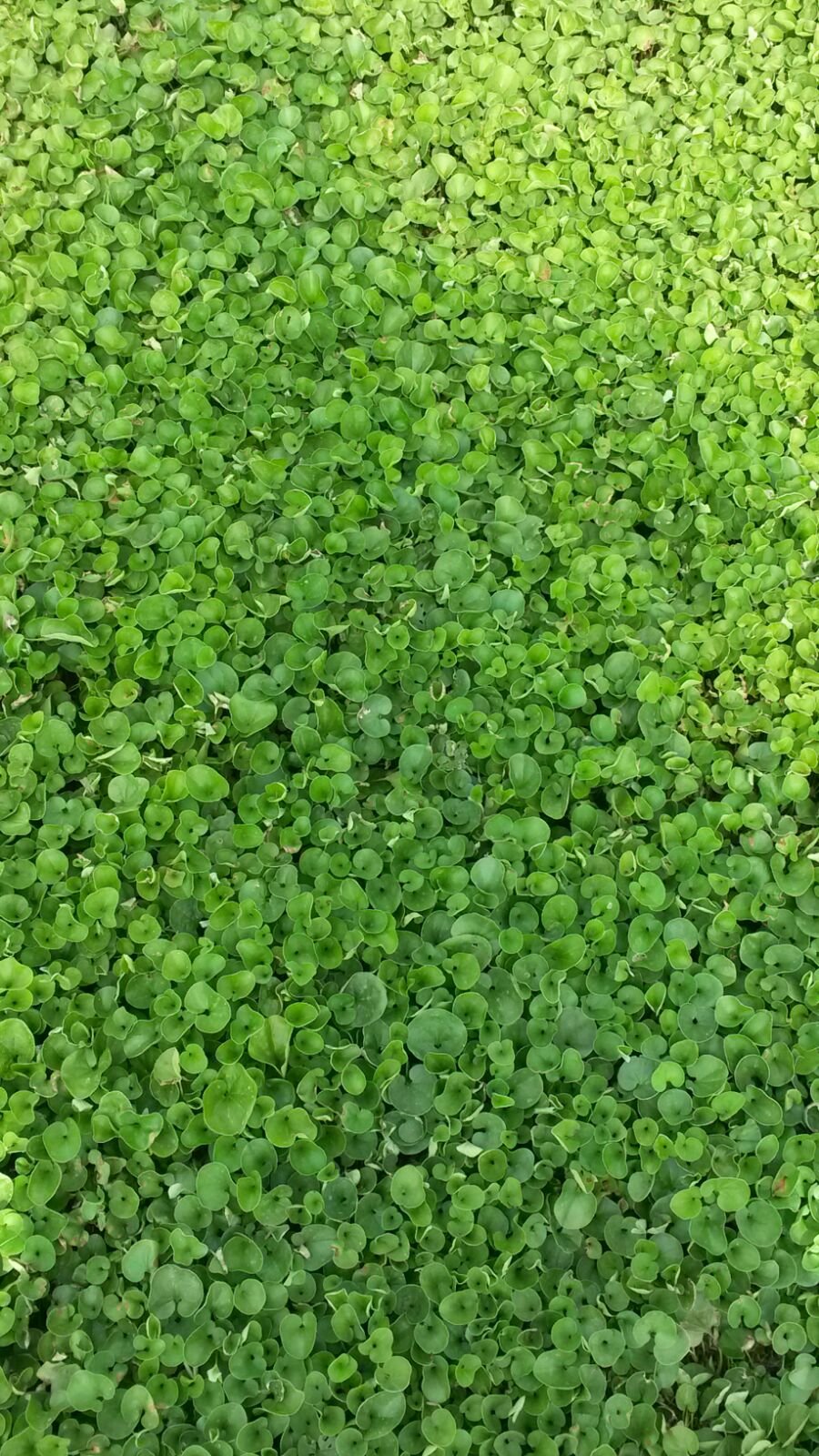