Cockchafer grubs and leather jackets may be responsible for a sward’s total destruction. Both types of larvae make tasty snacks for various bird species, badgers, foxes and hedgehogs, which then completely ruin the grass. The bare patches are in this period best repaired with SOS® & RPR®. These unique grass seed mixtures germinate very quickly, reducing the risk of weeds and annual meadow grass establishing in the bare patches. RPR® & SOS® guarantee successful recovery of your sward in less than no time!

Leather jackets are the greyish larvae of the crane fly. Unlike cockchafer grubs they have no legs and no distinct head. They are straight and grow to lengths of around 40 mm. The crane flies lay their eggs at or just under the surface of the soil, preferably in sheltered, humid areas. In sports fields that will often be the less intensively used strips along the edges of the field.

Leather jackets hide in the soil during the day and crawl out at night. They feed on green parts of grass plants above the ground, including the growing points, causing the plant to die. Most damage is cause during relatively humid, warm weather in (early) spring and late summer. The greatest damage is caused by predators searching for them, such as crows. 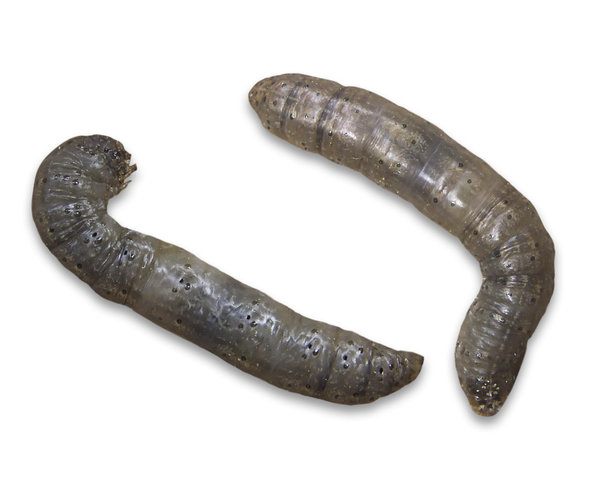 Cockchafer grubs are the larvae of beetles such as May beetles, June beetles and green rose chafers. They are creamy white with a pale brown head, three pairs of fairly long thoracic legs and a soft, pouch-shaped legless abdomen. They are often curved.

The beetles lay their eggs in May and June, after which the larvae ‘eat’ their way up to the surface between June and October. Cockchafer grubs feed on the grass’s roots just under the surface. In cases of severe damage they loosen the sward and entire pieces of turf can be picked up from the surface. A sward will then soon die, especially in dry weather. But the greatest damage is caused by predators searching for these tasty snacks, such as crows, badgers and other animals. Cockchafer grubs thrive in well-drained, slightly loose sandy soil.

When the temperature drops, the larvae burrow deeper into the ground to overwinter. They then no longer cause any damage, so that’s the time to repair your sward. If you don’t make any efforts to repair bare patches they will be filled with annual meadow grass and weeds! It’s best to repair the bare patches with SOS® & RPR® in this period. 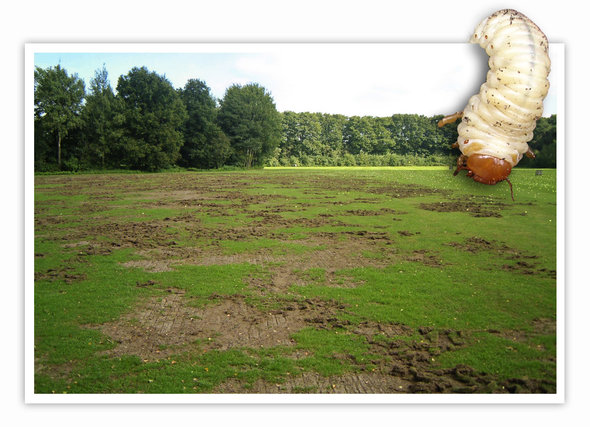 RPR® grass germinates very quickly and has the same sturdiness as smooth-stalked meadow grass, reducing the risk of undesired annual meadow grass establishing. You’ll end up with a denser, better rooting sward that will need less water and fertilisers. Trials have shown that the use of RPR® mixtures can reduce the growth of annual meadow grass by 20% within two months after seeding. Most grass mixtures lose the battle against annual meadow grass. However, at Barenbrug we have mixtures that are even faster. For example: the powerful RPR®, characterised by its very fast germination and ability to create an extremely strong grassed surface, which makes it virtually impossible for annual meadow grass to grow.

SOS® is an innovative grass seed mixture characterised by extremely fast establishment, even after overseeding at very low temperatures. SOS® establishes and recovers much faster than perennial ryegrass under cold conditions – up to 50% faster. Pitches damaged by intensive use will recover in a much shorter time, while minimising the risk of the invasion of undesired annual meadow grass and weeds. The sward will be stronger both at the beginning and at the end of winter.

SOS® can be used for overseeding until well into autumn/winter because it can germinate at soil temperatures upwards of 4 °C. SOS® is indeed often used during winter breaks to overseed swards or repair bare patches in damaged playing fields. 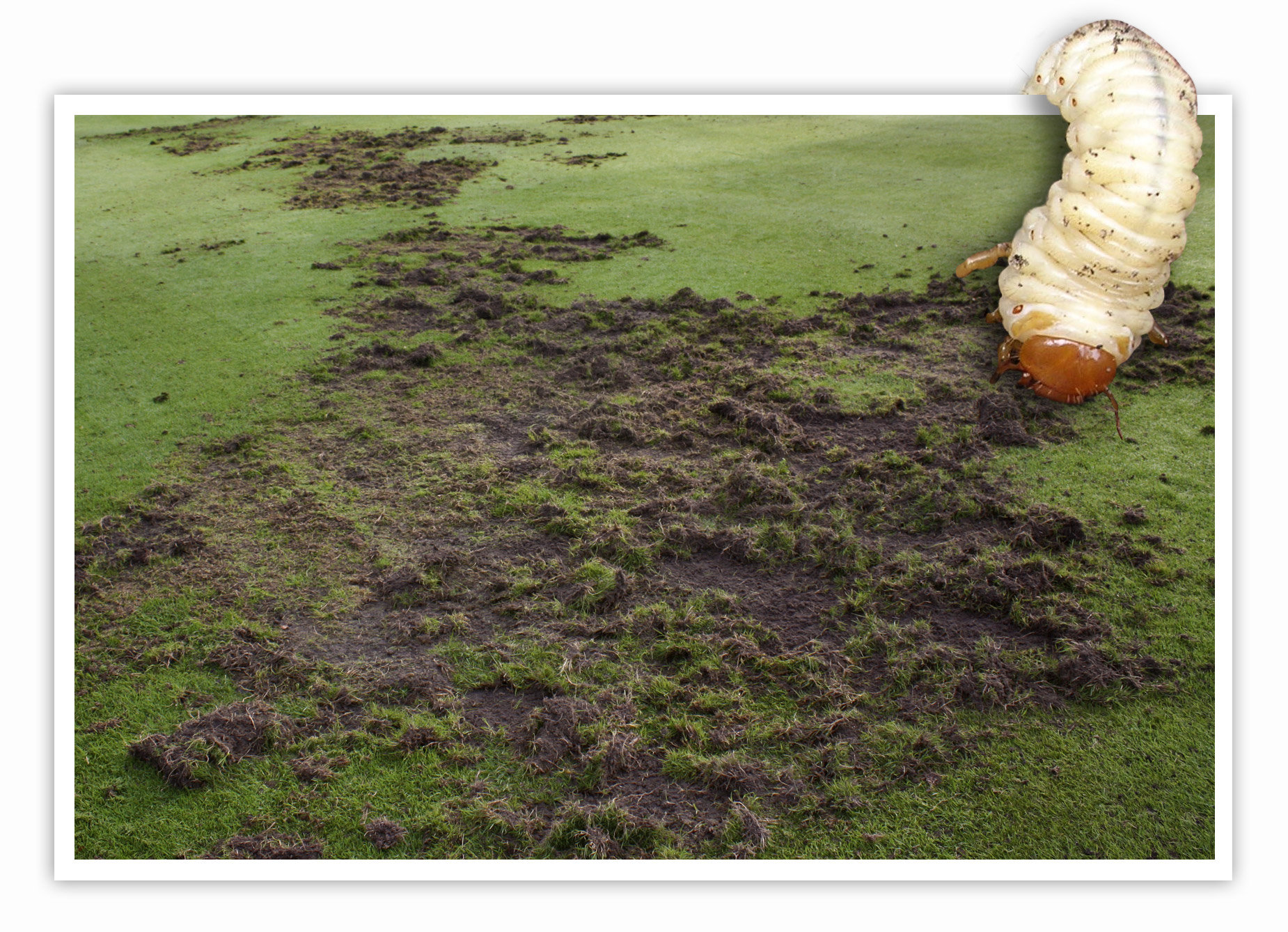 Because SOS® germinates at temperatures as low as 4 °C, whereas annual meadow grass needs a temperature of around 8°C to germinate.