UEFA is very satisfied with the result. The sward was created using Barenbrug’s RPR® technology.

A good pitch is the be all and end all of any professional sports centre. And our pitches are of top quality thanks to our good cooperation with Barenbrug, their expertise and their RPR® grass seed.

RPR® marks the rebirth of a subspecies of grass variety. In the United States, Lolium Perenne Stoloniferum, the subspecies to which RPR® belongs, has not been observed since 1836. RPR® is the first variety of perennial ryegrass growing via determinate stolons to have been officially registered in the US as Lolium Perenne Stoloniferum since that date.

Perennial ryegrass had been used for sports pitches and golf courses for quite some time, but RPR® is an innovative novelty that Barenbrug introduced in the United States in 2010. There, the grass mixture was immediately found to be extremely suitable for sports pitches. In the US, Barenbrug’s RPR® was granted an Innovation Award at the STMA (SportsTurf Managers Association) Show of 2011. In Europe,  RPR® was introduced in the Netherlands in 2012. Other countries were soon to follow: Belgium, Germany, Denmark, Sweden, the Czech Republic, Poland, Italy and Rumania. The RPR® grass for sports pitches, golf courses and public green spaces was also nominated for the Gouden Klavertje Vier innovation award of 2013 and the SportFM innovation award of 2015.

RPR® spreads horizontally by creating a natural network of determinate stolons that form a kind of netting in the sward, making for the best possible wear tolerance. Instead of individual grass plants, as in the case of traditional perennial ryegrass, each RPR® grass plant is linked to other plants and to the soil. There is much less risk of the grass of sports pitches being kicked up or otherwise damaged because it is held in place on all sides, even during the most intensive use. So however intensive the circumstances of a football match or golf tournament may be, the dense sward will remain intact. 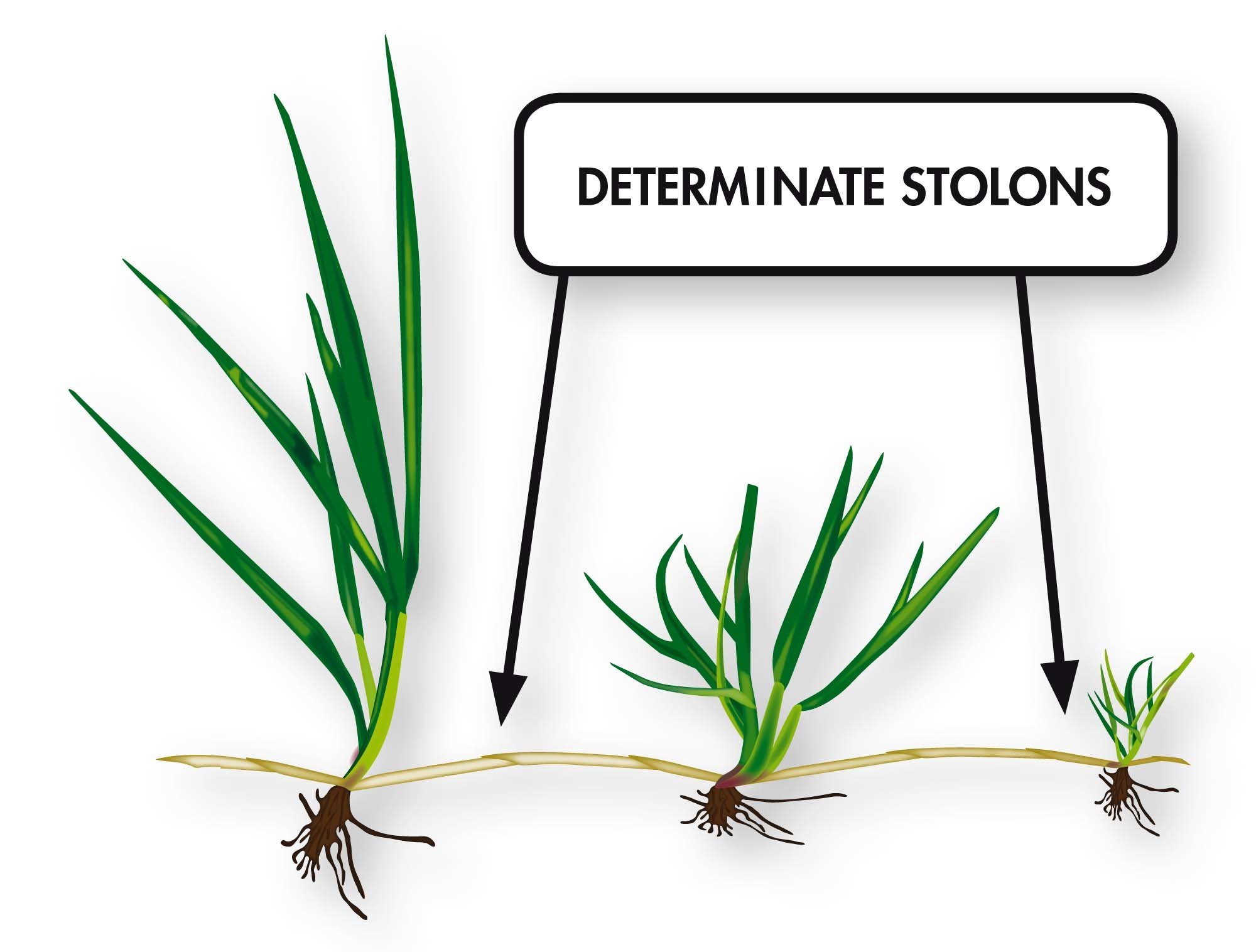 There are some things you just have to see for yourself to believe them. Stoloniferous perennial ryegrass was a good example of something like that, but now that I’ve seen RPR® I really am a believer.

We can proudly say that we have had the best pitch of the first division for three years in a run. This success is the result of passion, pleasure and performance, and we owe it all to our use of RPR&reg...

RPR® creates a sward that is ready for use in less than no time. It’s stronger and more resistant to diseases.

Would you like to re-establish a dense, green turf as soon as possible without any problems for both germination and grass establishment? Choose grass seed with Yellow Jacket Water Manager! Click on the button below for more information.

RPR® is the first type of grass to combine strength and speed, so all the benefits of the grass mixture can be enjoyed at the same time. The grass germinates very quickly and is ready for intensive use as soon as it has created a dense sward. The strong grass species that were often used in the past, such as smooth-stalked meadow grass, germinate more slowly, and were therefore often combined with a faster perennial ryegrass. The resultant mixtures germinate and establish very quickly, but their wear tolerance leaves something to be desired. RPR® solves this problem by combining strength with speed, in other words: the best of two worlds. RPR® is as strong as smooth-stalked meadow grass, but establishes much faster, greatly reducing the risk of the ingression of undesired annual meadow grass. This implies the advantage of a denser, better rooting sward that needs less fertilisers and water. RPR® ’s determinate stolons create a very dense sward in which weeds and undesired grasses will have great difficulty growing. The strong, fast growing RPR® will win the battle against the weeds and undesired grasses. Annual meadow grass may appear attractively green, but it can completely destroy a sward. Once it has become established, there’s no getting rid of it. RPR® emerges victorious from the battle against annual meadow grass. 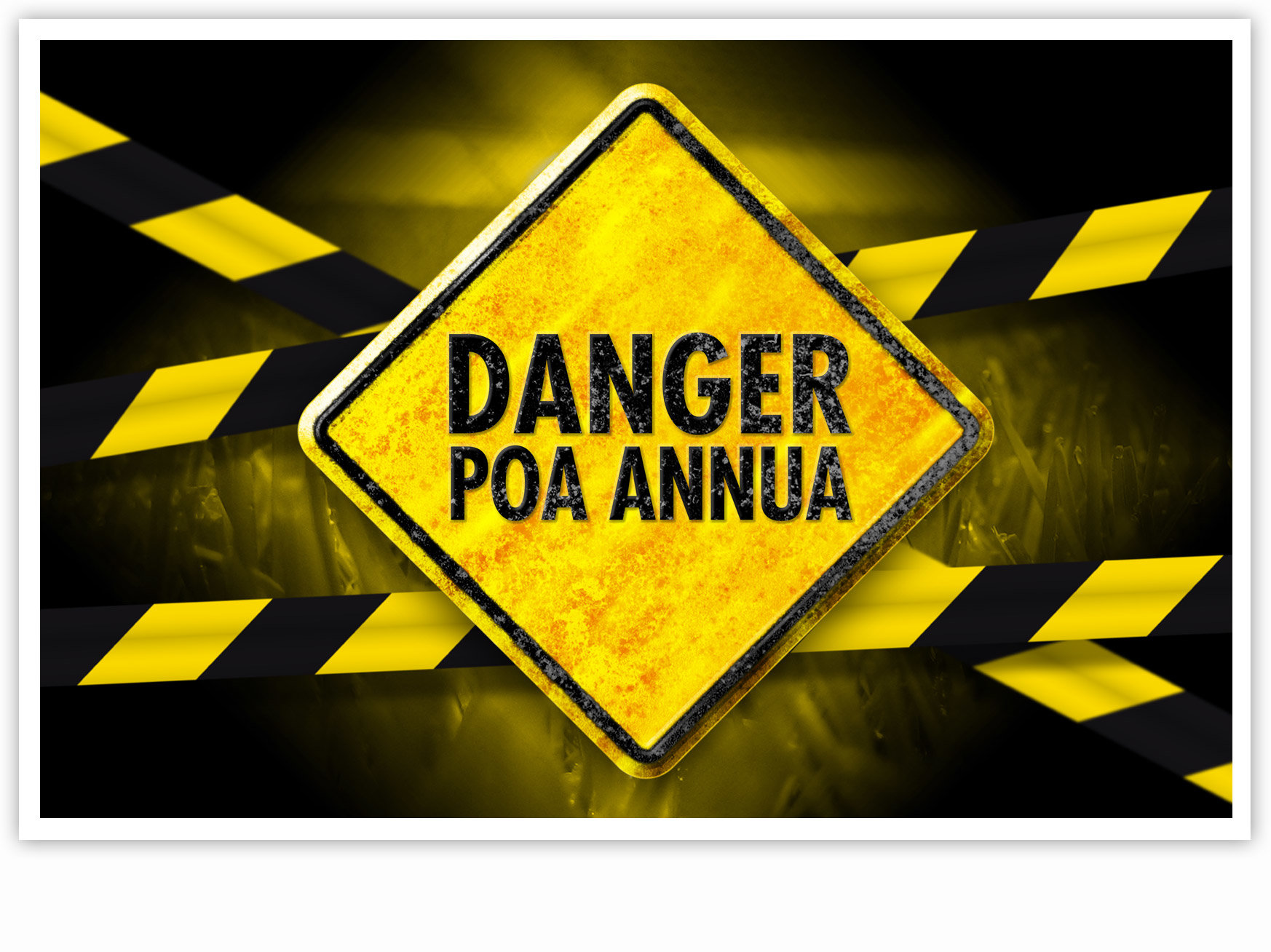 If there’s a good correlation between your soil and your fertilisation strategy RPR® will establish at an impressive rate, enabling you to save a lot of time in comparison with other grasses.

RPR® ’s fast germination is really fantastic. It means that there’s virtually no risk of annual meadow grass establishing, and we end up with a sward of the very best quality in our entire pitch.

Perennial ryegrass is often used for sports pitches that are expected to endure heavy wear. But the swards of those pitches are also expected to be of excellent quality for every game. That can only be achieved with grass that’s as strong as iron and that can regenerate quickly. Perennial ryegrass is a good option, but RPR® is even better. RPR® guarantees superfast recovery and an extremely strong sward.

Golf courses that are as strong as iron

Lawns that are as strong as iron

Bar Power RPR® is an extremely strong mixture that is specially intended for lawns. It will thrive in many types of soil, making it very easy to use. Bar Power RPR® is ideal for use in gardens, parks and pitches of neighbourhood football clubs. It was specially developed for professional gardeners, who will greatly appreciate this mixture’s many advantages. One of those advantages is that it is suitable for both seeding and overseeding, so there’s no longer any need to buy separate mixtures for that. Seeding and constant overseeding with Bar Power RPR® will ensure a beautiful lawn that can tolerate a lot of wear and tear.

Click here for more information on using RPR® for lawns.